Hi, I’m Jeff Campbell, recovering foodie. And that’s me in my Whole Foods apron circa 2005. 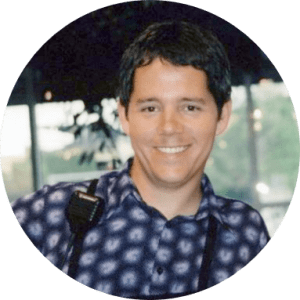 I started with Whole Foods Market back in ancient times; 1988 to be specific. Back then, Whole Foods wasn’t publically traded and didn’t have hundreds of stores in more than 1 country.

No, there were 5 stores and I worked (initially) at the original one, which was a tiny store on North Lamar and 10th street in Austin, Texas.

That being said, why listen to a guy like me?

Allow me to introduce myself.

That’s me there at the far left, 4 spots over from Whole Foods founder and CEO John Mackey. 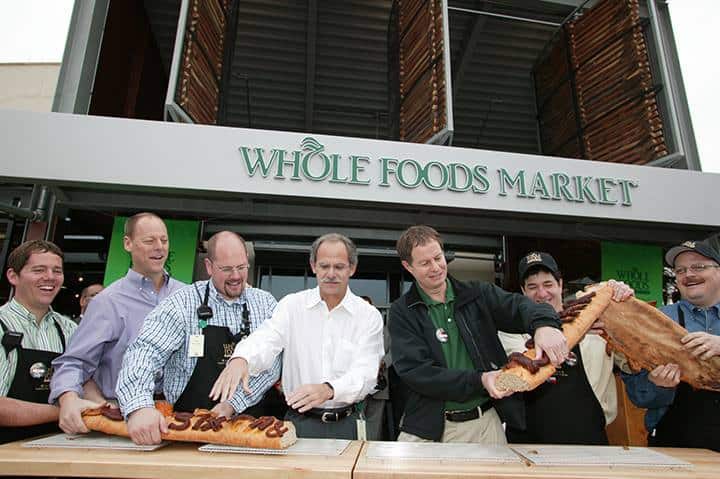 That was back when we opened the current flagship store in downtown Austin in March 2005, where I was what Whole Foods calls a Store Team Leader.

The rest of the world might call that role a General Manager.

These days, I’m in my early 50’s and live in Wimberley, TX (outside of Austin).

I’ve lived all over the country but we moved to Austin when I was 10, so I more or less consider that home, but I’ve also lived on both coasts and in the deep south, most often moving for opportunities within Whole Foods.

I am very happily married and have 3 daughters, 2 of which are approaching their teenage years.

My 2+ decades with Whole Foods Market

I stepped away from Whole Foods Market in April of 2013, initially intending to move back to Austin and work at their global headquarters (which I almost did).

But, for most of the 25 years leading up to that, I worked in mid-level leadership positions in Whole Foods Market stores across the country.

Over the decades with Whole Foods, I learned an enormous amount not only about running a large multi-million dollar business, but also all aspects of running a large facility; from hiring, firing, customer service, and detailed financial reporting.

But on top of that, I also learned a great deal about health, healthy eating, and food in general.

While Whole Foods may seem like a huge multi-national corporation now (especially since Amazon bought them), their beginnings were pretty humble, as were mine. And together, we grew immensely.

Where I worked and what I did with Whole Foods Market

Again, that’s me there, kind of in the middle, with the brown, grey, and black striped shirt.  We were breaking bread at a new store I opened as Store Team Leader in Columbia, SC. 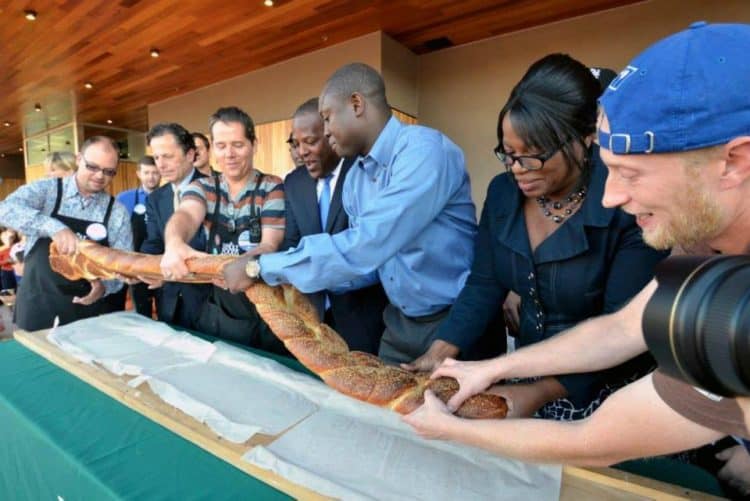 As I mentioned, I started as a clerk in the original store in Austin in 1988.

But I soon moved to the Grocery Manager role in a different location and continued with that role in a total of 3 stores over about 7 years. I then moved to Associate Store Team Leader (assistant store manager) for the first time in 1999 in the Franklin store in San Francisco, California.

That store still ranks as one of the busiest stores in the company, despite being a relatively small store. I helped open that store and worked in that store 2 different times in a total of 3 capacities, eventually running that store. 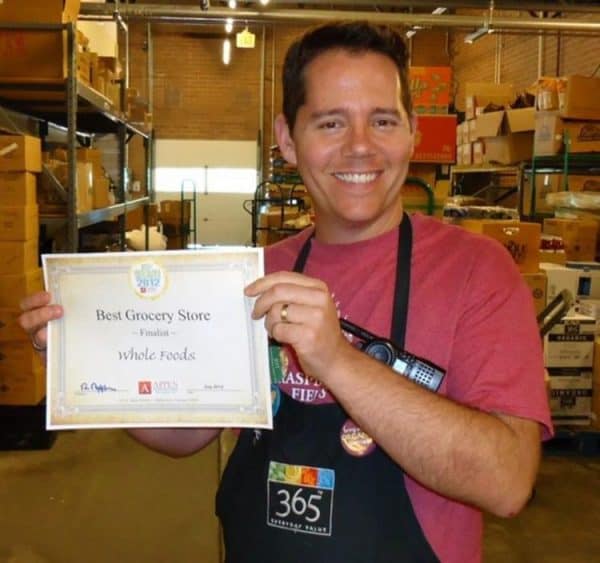 My achievements with Whole Foods Market

I say the following not to brag, but to illustrate why I think I’m more than qualified to write about the grocery industry. I’ve certainly made my share of mistakes, and continue to make mistakes. But I have also garnered a few accomplishments along the way, and these are the highlights:

Here’s an article from when I opened the Whole Foods store in Columbia, SC as the General Manager (what WFM calls Store Team Leader) – https://www.thecolumbiastar.com/articles/get-a-sneak-preview-of-whole-foods-market-and-help-palmetto-conservation/

Beyond those official awards, there are a few other career highlights I’d like to point out as I think they speak to my overall ability to do a good job of balancing profit, customer service, team member happiness, as well as driving sales and keeping my stores looking great.

Here’s an article from when the Whole Foods store in John’s Creek (north of Atlanta) was selected as Best Grocery Store (and yes, that’s me in their picture) – https://www.northfulton.com/whole-foods-of-johns-creek-finalist-for-best-grocery-store/article_cc2165f0-da35-5e45-b635-2f6f285a48d4.html

How I spend my time outside of work 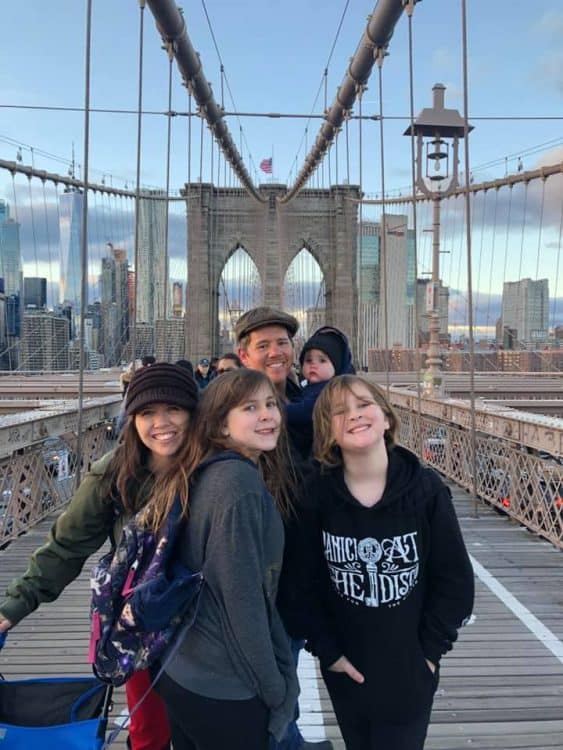 When I’m not blogging (I’m up to 4 different blogs these days including this one), I like to spend time with my wife and 3 daughters.

We love to travel, hit up water parks and theme parks, see family and friends and just enjoy life.

We don’t have a lot of time on this earth, so no sense waiting to enjoy it by getting to some mythical destination; enjoy the ride!

I also love yoga and martial arts as well.

Book a Consultation with Me!

Interview on Hack Your Wealth – https://hackyourwealth.com/jeff-campbell-niche-blogs