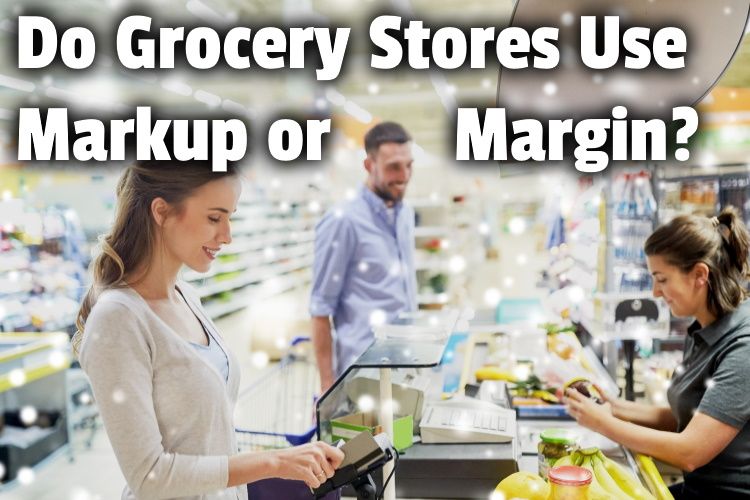 Grocery stores use both markup and margin, most commonly using markup to determine the retail price of products and using margin to track bottom-line profit or loss.

I was a manager at Whole Foods for over twenty years, so let me clear up the confusion, as the above is just the tip of the iceberg.

What’s the average profit margin for a grocery store? (If we really wanted to get rich, we’d be operating a chain of clothing stores) pic.twitter.com/7QYYRXOtTY

What is the profit margin in a grocery store?

As a general rule, conventional grocery stores have a profit margin of about 2.2%. But natural, organic, and gourmet stores tend to have profit margins in the 5-10% range.

What I shared above are averages.

The reality is that different products naturally have different margins. Dry products, meat, produce…have varying margins, and they differ from store to store. So, grocery stores compute margins per product line and for the store as a whole.

It’s a very important number since it shows what percentage of its revenue a grocery store has been able to convert into profit and is usually represented as a percentage.

Now, a profit margin of 2.2% is not very impressive (in other words, it means a profit of 2.2 cents on every $1 revenue), but that’s the reality of the industry; especially when talking about so-called “conventional” grocery chains like:

Stores, as a rule, do not manufacture most of the products they sell.

So, they are constrained by the prices they buy from manufacturers, and they also have to meet huge overheads.

Even the products that bear the name of the chain (what are called private label products) are made by a 3rd party; they just slap the store’s label on there.

But are grocery stores laid out in a way to maximize profits?

A recent article of mine offers you an insider perspective (seeing as I was a manager at Whole Foods for 20+ years). In it, I shared info about the most common areas of a grocery store and whether they’re designed to make you walk in a certain way. But I also share the most common grocery store terms.

Why are grocery store profit margins so low?

Grocery store profit margins are low because of competition and wanting to get as many shoppers as possible to shop instead of going elsewhere. In many major metro areas, there are 2 or more grocery chains within a few miles of one another.

So competition is the main reason grocery stores have low margins.

Grocery stores are everywhere. A store can’t just decide to increase the prices of its products unreasonably because it knows that folks have an incredible number of choices. They would simply go to other stores.

A lot of customers are price-conscious. They are highly conscious of the options available as they can easily access the prices of whatever they’re interested in online. It’s a buyers’ market, if you will.

But there’s also the theory of the slow dime and the fast nickel.

Overall, many conventional grocery chains would rather get a smaller amount of money more quickly and frequently than stores like Whole Foods that would rather have fewer shoppers willing to pay more for higher quality products.

And the driving force behind that concept is customer service.

If you have shopped in a Whole Foods, you’ve likely encountered knowledgeable, passionate Team Members who are happy to talk about the products, make recommendations, and even get you a free sample.

In an Albertsons, Safeway, or a Wal-Mart, by comparison, you’re lucky to find anyone working there aside from the cashiers. And it’s pretty rare to have super-helpful and knowledgeable employees there.

So higher-end stores can offer better service by having fewer customers who are willing to pay more.

Grocery stores set bottom-line profit margins based on the anticipated mix of products in the overall sales as different categories will have different profit margins. But competition and demographics also factor into margin setting.

So, it’s something that requires a lot of planning, and it’s done at the corporate level for chain stores.

Demographics factor in as some stores cater to more affluent shoppers than others. And if income within a 5-mile radius is high and competition is low, you can bet the store’s profit margins will be higher than other stores.

But that being said, for nationwide chains, it would be uncommon to see different prices for the same product at 2 different stores in the same city.

As for categories, being able to project whether a new store will sell a lot of prepared foods (high margin, but also high labor costs) is crucial.

But if a store is more likely to just sell commodity goods (Heinz ketchup, Kellogg’s cereal, etc.), since those are traditionally low-margin items, they’ll have to find other ways to compensate.

Here’s a handy chart showing the typical margins for different categories in a higher-end grocery store.

How to calculate margin

We can see that margin is the cost of the product divided by the retail price. It reflects what percentage of sales price the profit is. In other words, when we sell a product for X amount, that fraction of X is our profit.

It is a very important ratio seeing as profit is our reward, right?

It shows what percentage of the revenue we were able to convert to profit. And the higher, the better. Now, there are several types of margin, as it were. What we looked at above is the most basic form.

The types of profit margins are:

In a recent article, I explained in some depth what the profit margin is.

Can u name the grocery item with a 97% markup? See what else is sold way above wholesale http://t.co/5y8YqEVF4D pic.twitter.com/kCwgn2IFvR

How to calculate markup

Trying to figure out how much to price a product and how much profit you can make when you sell it is tricky. But after 20+ years in retail grocery, here's what I've learned about how to calculate...